You are at:Home»Posts»Community Connection»THE SPONGEBOB MUSICAL is coming to Proctors!

Lucky for us upstate NY’ers, Proctors in Schenectady will be the first stop in the national tour for THE SPONGEBOB MUSICAL – Plus, SAVE 10% on your tickets with code SPONGESUMMER

I know a few people that have seen THE SPONGEBOB MUSICAL on broadway and all have said it’s not only visually stunning, but the music is killer and it feels like the cartoon just comes to life in front of your eyes. And whether or not you’re a fan of the Spongebob show, I think this musical will amaze – and fortunately for us, it’s coming to Proctors Sunday, September 22nd – Saturday, September 28th!

Get ready to enjoy the “Broadway Extravaganza” (The New Yorker) that New York Magazine calls “effervescent candy-for-the-spirit.” Explore the depths of theatrical innovation in THE SPONGEBOB MUSICAL, 2018 Best Musical winner of the Drama Desk and Outer Critics Circle Awards, where the power of optimism really can save the world. “

“A legendary roster of Grammy® Award winners. A visionary director and a Tony Award®-winning design team. One of the world’s most beloved characters. Turn them loose on stage and what do you get? The bold, original musical The New York Times declares, “BRILLIANT!”

For more information and to purchase tickets, head to the Proctors website!

Ticket Discount: Use promo code SPONGESUMMER for 10% off tickets!*

Sunday, September 22, 2019 – 2PM
Interpreted Performance
This performance will feature a sign language interpreter. To request access to this section, please call our box office at 518.346.6204

Scout Night – Friday, September 27
20% off plus patch with code SCOUT
We’re celebrating our Boy and Girl Scout troops in the Capital Region! Use code SCOUT to receive 20% off*.
Includes a scout patch and a talk back after the show.
*Some restrictions apply

Snack Back – Friday, September 27
includes a small snack and a talk back after the show when you use code SNACKBACK

Tell us what you think! 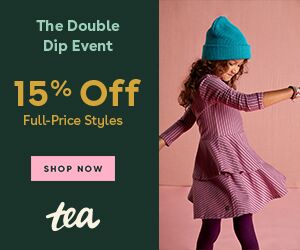